Yukon and White River Confluence- scroll down for bio and CV 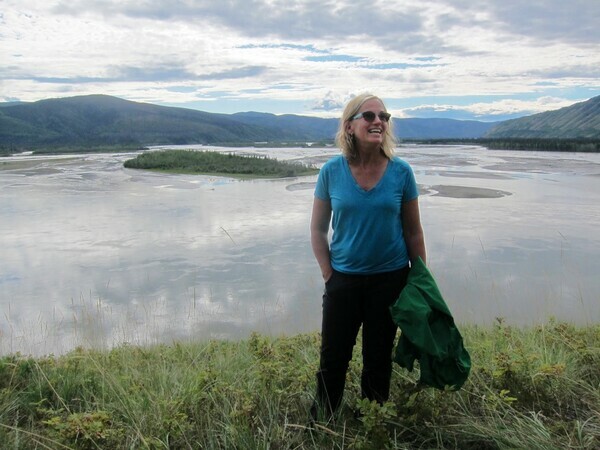 Anna B Grant is a Canadian West Coast artist working primarily in paint. Through her works she brings a life time appreciation of land and sea to visual form. As a ‘back to the lander’ in the 1970’s Anna built her own house and grew her own food. Later she became an avid kayaker enjoying the rhythms of the sea. Anna has left behind a successful teaching profession which concentrated on the support of the maternal family and is now concentrating on her art in support and appreciation of the earth.

Anna's art practice probes for a deeper understanding of environment. She often gathers data by walking, collecting both a felt sense of the experience and the geo-location using GPS waypoints. Back in the studio this information is combined using memory and computer. Many of her paintings were inspired by two recent residencies. First, the Canadian Wilderness Residency in July 2016 where 10 artists canoed 700 K down the Yukon river and second, the Vermont Studio Centre in Feb. 2017. Anna earned a MFA with distinction in 2014 from the University of Gloucestershire, England. Her work has been exhibited in solo and group exhibitions and is held in private collections in London UK, BC, California and Mexico.

2016 Federation of Canadian Artists - accepted by jury as Active Member.